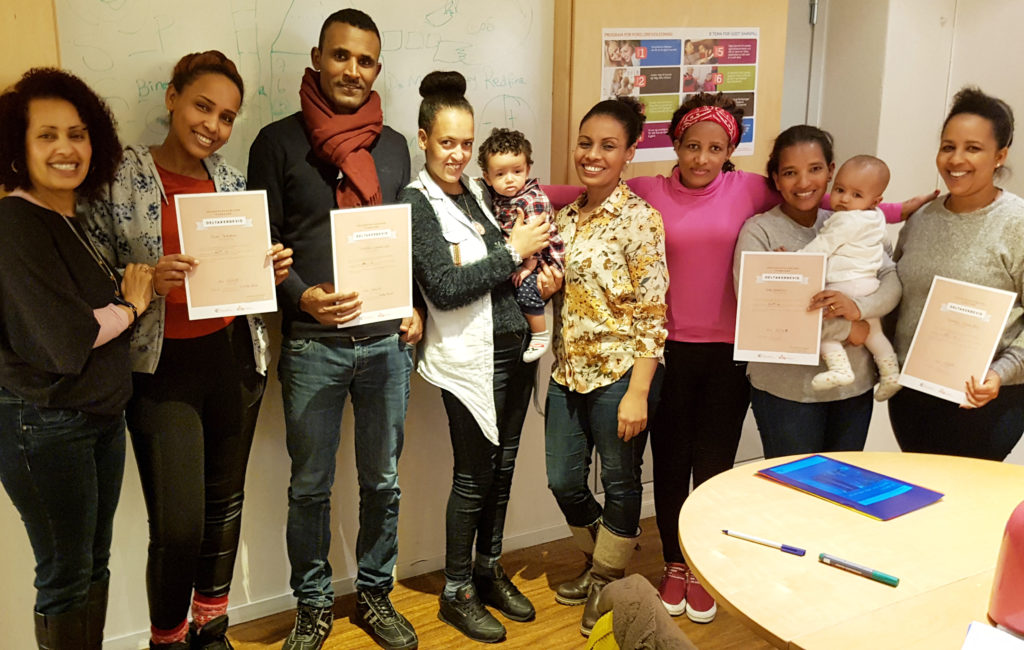 Increased knowledge about Femal genital mutilation(FGM), and health care for girls / women who have been victims of  FGM

Intercultural Health Info (IHI) has in 2016 and 2017 received funding from the Directorate of Integration and Diversity (IMDi) to contribute to increased knowledge of FGM and health care to women who have been subjected to genital mutilation.

Intercultural Health Info (IHI) has in 2016, 2017 and 2018 received funds from the Ministry of Children, Youth and Family Affairs (Bufdir) for the project “Increased knowledge about child rearing among parents with Ethiopian Eritrean background”.

IHI will cooperate with HivNorway and Aksept on this project. IHI will disseminate information about Aksept in these communities so they also make use of the offer from Aksept and HIVNorway.

Furthermore IHI cooperates with religious bodies and associations with minority backgrounds to inform about HIV-positive and distributing leaflets on the topic. The aim is to prevent taboo and stigma of HIV-positive people within minority communities.

Godkjenn Avslå Les mer om personvern
I consent to the use of following cookies:
Cookie Declaration About Cookies
Necessary Marketing Analytics Preferences Unclassified
Necessary cookies help make a website usable by enabling basic functions like page navigation and access to secure areas of the website. The website cannot function properly without these cookies.
Marketing cookies are used to track visitors across websites. The intention is to display ads that are relevant and engaging for the individual user and thereby more valuable for publishers and third party advertisers.
Analytics cookies help website owners to understand how visitors interact with websites by collecting and reporting information anonymously.
Preference cookies enable a website to remember information that changes the way the website behaves or looks, like your preferred language or the region that you are in.
Unclassified cookies are cookies that we are in the process of classifying, together with the providers of individual cookies.
Cookies are small text files that can be used by websites to make a user's experience more efficient. The law states that we can store cookies on your device if they are strictly necessary for the operation of this site. For all other types of cookies we need your permission. This site uses different types of cookies. Some cookies are placed by third party services that appear on our pages.
Personvern